Generalized Linear Models module of the GAMLj suite for jamovi 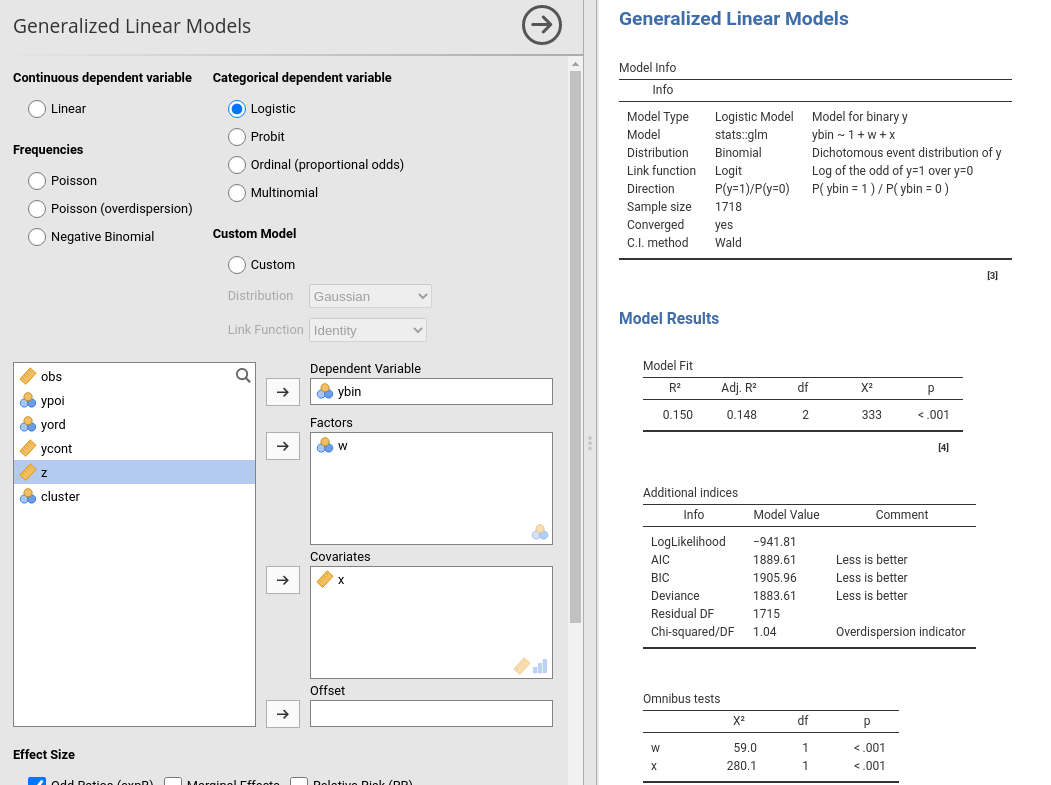 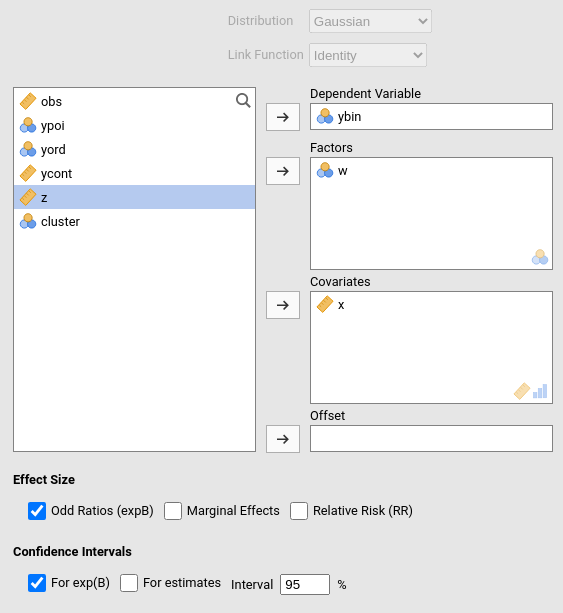 The plausibility of the distribution/link function combination is no checked, but errors are issued if the data do not conform to the chosen custom model.

Effect size indexes are optionally computed by selecting Odd rations (expB). Odd ratios apply the exponential function to the parameter estimates, thus they make sense in all models where the link function is based on the logarithm.Relative risk (RR) indexes can be obtained for logistic models.

By default, the model terms are filled in automatically for main effects and for interactions with categorical variables. 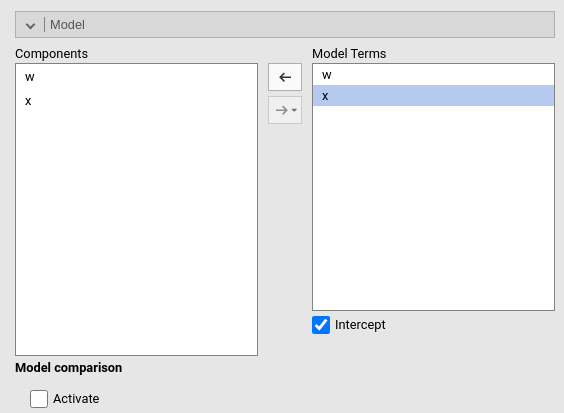 Interactions between continuous variables or categorical and continuous ones can be set by selecting one or more variables and clicking the second arrow icon.

The option Fixed Intercept includes an intercept in the model. Unflag it to estimate zero-intercept models (Regression through the origin, but see here before you do it ). 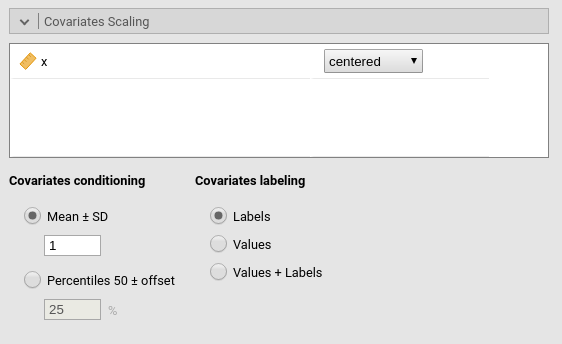 Continuous variables can be centered, standardized (z-scores), log-transformed (Log) or used as they are (none). The default is centered because it makes our lives much easier when there are interactions in the model, and do not affect the B coefficients when there are none. Thus, if one is comparing results with other software that does not center the continuous variables, without interactions in the model one would find only a discrepancy in the intercept, because in GAMLj the intercept represents the expected value of the dependent variable for the average value of the independent variable. If one needs to unscale the variable, simply select none. 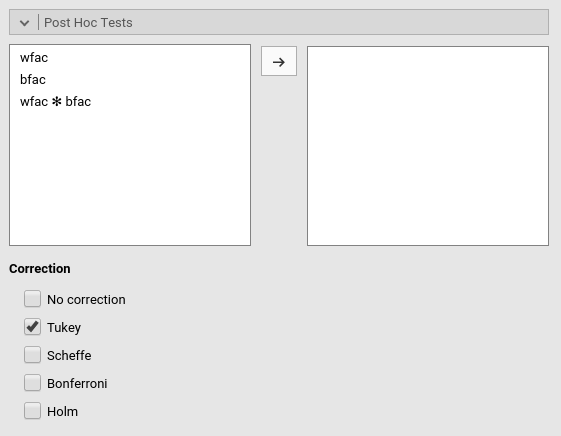 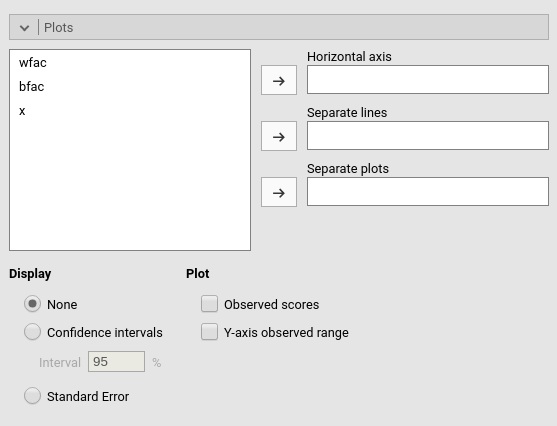 Plots interpretation varies depending on the model being estimated. All plots are, however, depicting predicted values in the response original scale (usually probabilities). See details and interpretation discussion.